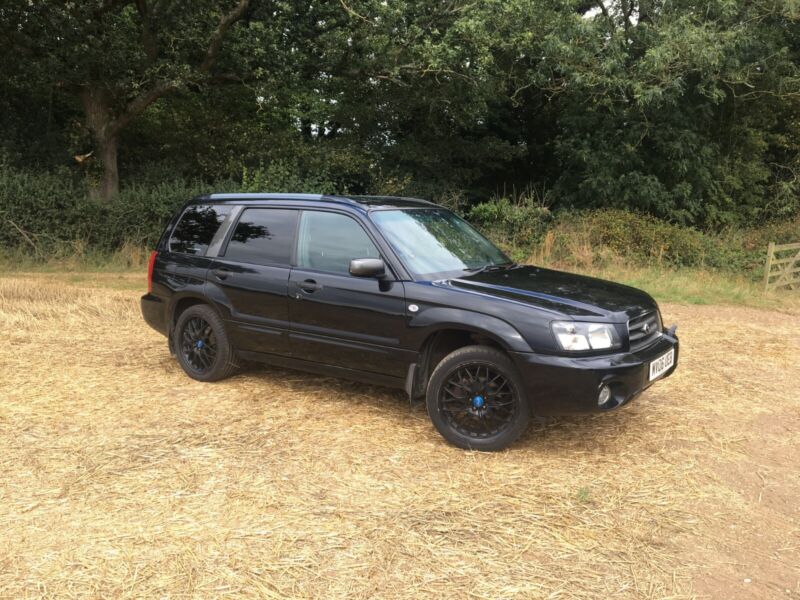 Please read and read again. I’m going to be as humanly honest as possible about this one, as I love this car and would keep it for play but decided I am getting a newer Forester XT. Although I use the car daily it would be unfair to claim its perfect, far from it. It has an MOT till November and will probably pass as is or with little work but I will highlight what needs to be done to make this car awesome again. It can be driven away no problem but I’m selling this as a Spares or repairs ‘working progress’ car. I’ve had it for 4 years and put 35k on it and it cost me a pair of new tires on the back and belts (Not timing) which is all, these are bulletproof in every way! I bought it for a family car with dreams of turning it into an awesome fishing/adventure tank, with the roof tent and all that, stick some STI parts on it and be a bit of a sleeper etc, but haven’t done it and now want a new one. Good parts. Starts and runs… No oil leaks! The engine is very solid, starts the first time, every time.Windows all workExternal lights all workTwo new tires on the backTraction in snow is truly unbelievable.Wheels are coolLooks killer when it’s clean.It’s quick!Looks great and I’ve been told it’s becoming a little collectable (only if in good condition, which it ain’t) Bad parts – Tons. The exhaust has a hole in, sounds great but needs patching or replacing. Rattles as well.The back suspension needs replacing as its leaked fluid, a common problem with this model, there are plenty of suppliers to kit out Scoobys cheap. (perfectly usable but is sagging)The interior is well well used and I bought it with a stain in the boot or which I have no idea what it is. The previous owner was a car dealer/mechanic and said this was his daily. So keep that in mind, was fairly looked after till I got it! Plenty wrong inside also, worn interior with certain things like the temperature gauge, not workingRadio works, CD player doesn’t. The day I received it I put some killer CD’s in and it immediately stopped working, so If you manage you get the CD’s out then send them back! Probably ACDC. There is a blue tooth radio extender that you can have, I use Spotify now really, sounds pretty good.Exterior has scrapes and bumps and a nasty back right quarter scratch thanks to the bin lorry. Don’t bid on it unless you either know these cars or have asked the right questions, I will be 100% honest about everything, just treat this like a spares or repairs car but a bit more solid. P.S Mileage will increase as its being used all the time, 144k+ at present, Foresters are the first car on every list that will do 250K miles without blinking.. Have a google. Some service history, receipts for some work Thanks